In memory of Dan Wind,

a builder of Jerusalem, among the deans of Israeli engineering and Founder of Tafnit-Wind 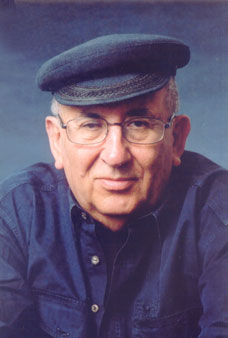 There is almost no corner of the city of Jerusalem in which Dan was not involved in its development.

Upon completion of his studies at the Technion in 1961, Dan Wind began his career as a designer and builder in Jerusalem, [which he continued] until his final days. He carried on the work of his father, the late Engineer Moshe Wind. The Tafnit-Wind company was established in 1995 and carries on the work of companies that were previously owned by Dan.

In 2004, Dan was awarded the title of “Esteemed Citizen of Jerusalem”, given for his activities and contribution to building of the city.

He was instrumental in the building of the Hebrew University campuses at Givat Ram and Mount Scopus, the Malka Mall area, Teddy Stadium, the Tisch Family Zoological Gardens and Beit Halochem – Soldiers’ House in the southwest part of the city as well as the Hinnom Valley, the municipal complex and the industrial park at Givat Shaul. Dan dedicated the last years of his life in particular to the Kiryat Haleom project, the YMCA and the Yad Vashem campus.

Dan was a member of the Jerusalem Master Plan Team in which he was in charge of the fields of transportation infrastructure and environment. He was one of the master planners of the light rail plan and among its promoters.

He planned hundreds of projects in the city and brought them to fruition.

Dan will be remembered as one of the pillars of the community.

As well as being a principled professional, Dan was a sensitive person, kindhearted and well-regarded by others.

His passing has left a great void within us.

We will remember him always as a friend, engineer and professional.