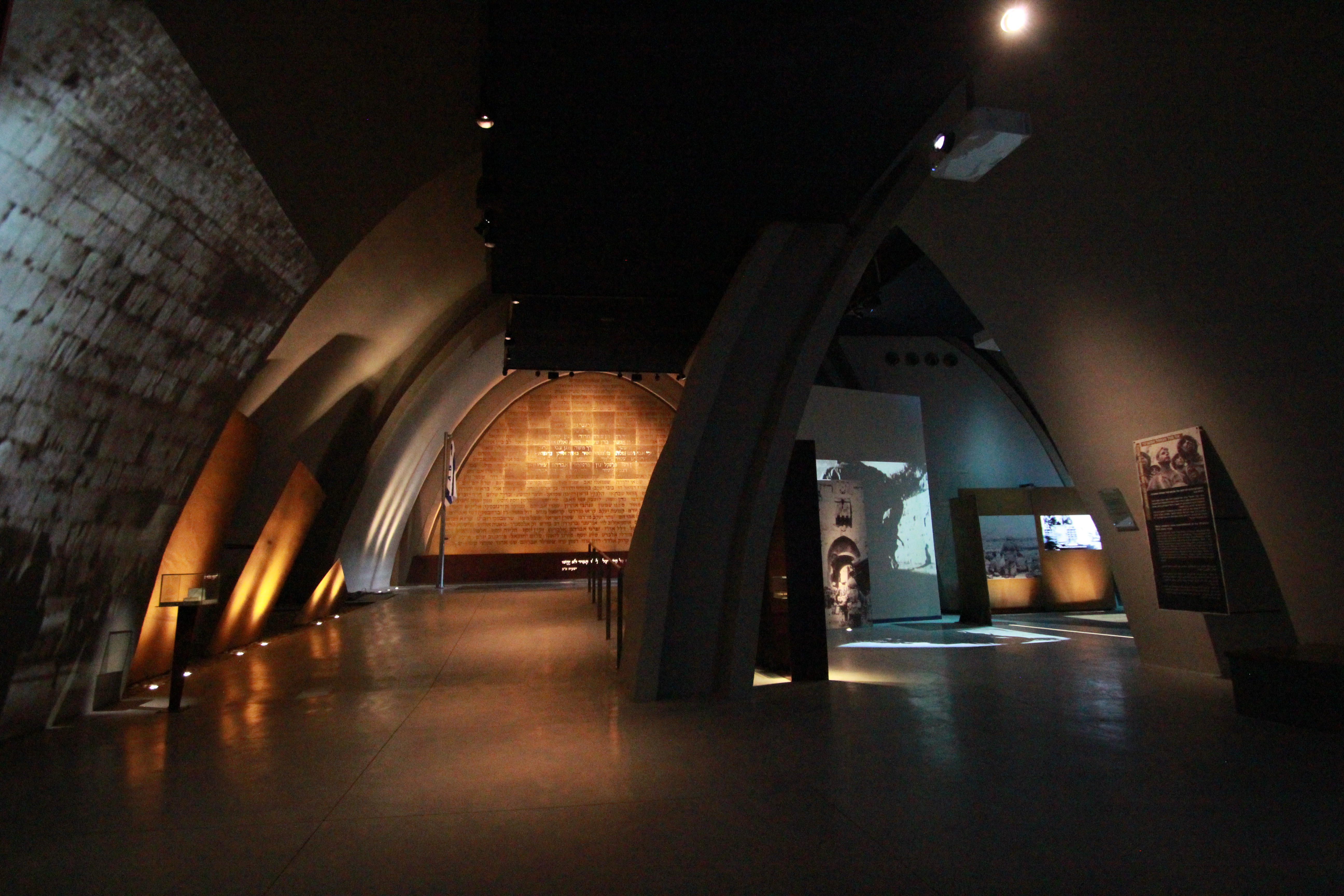 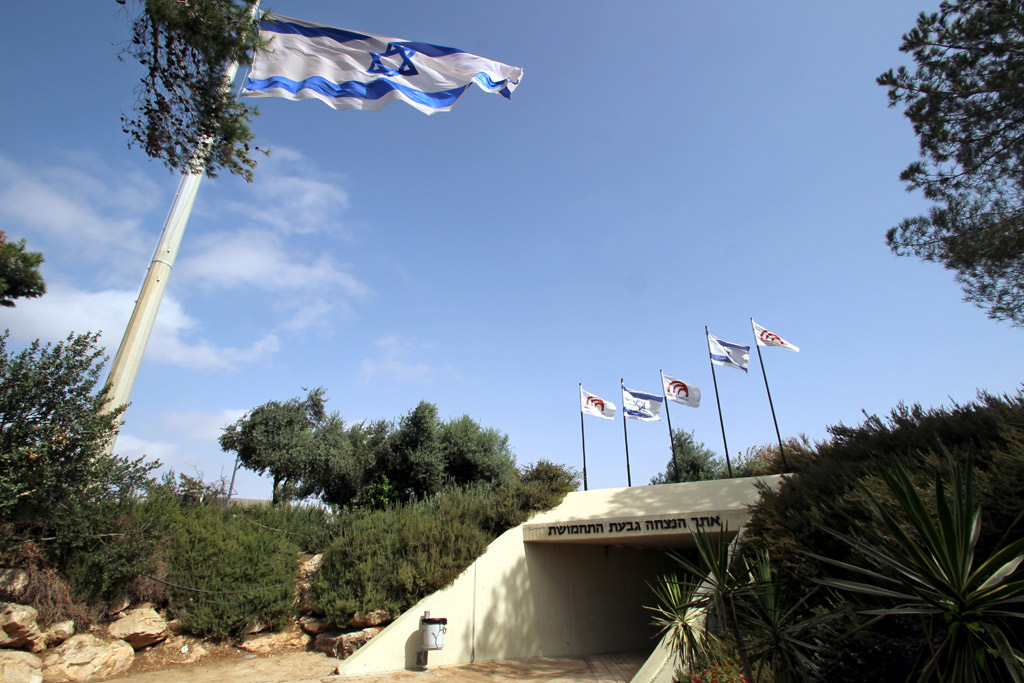 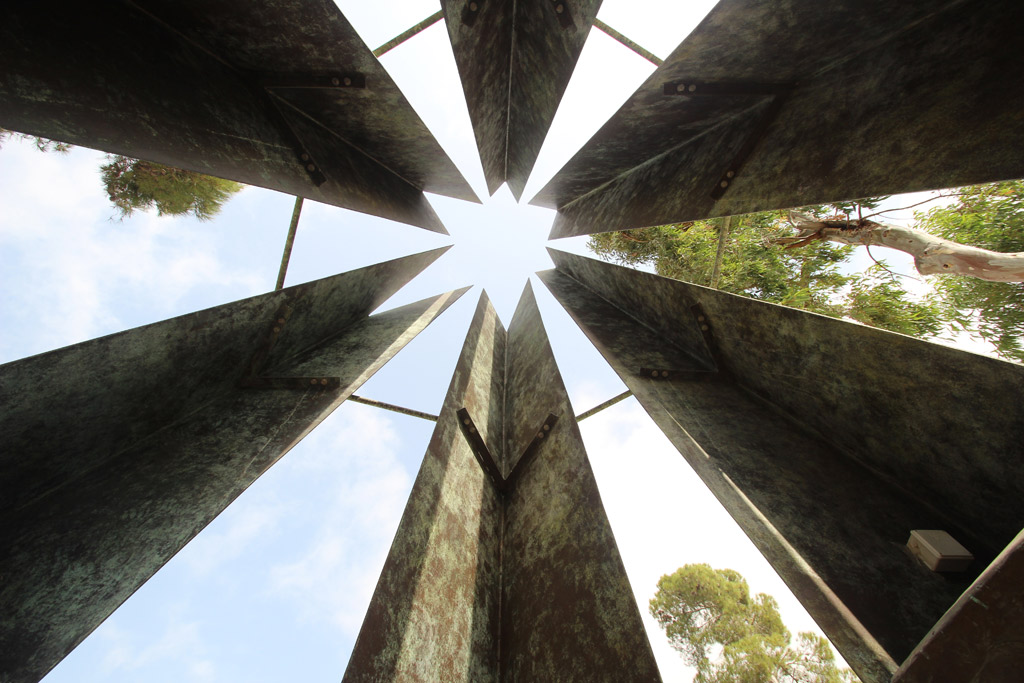 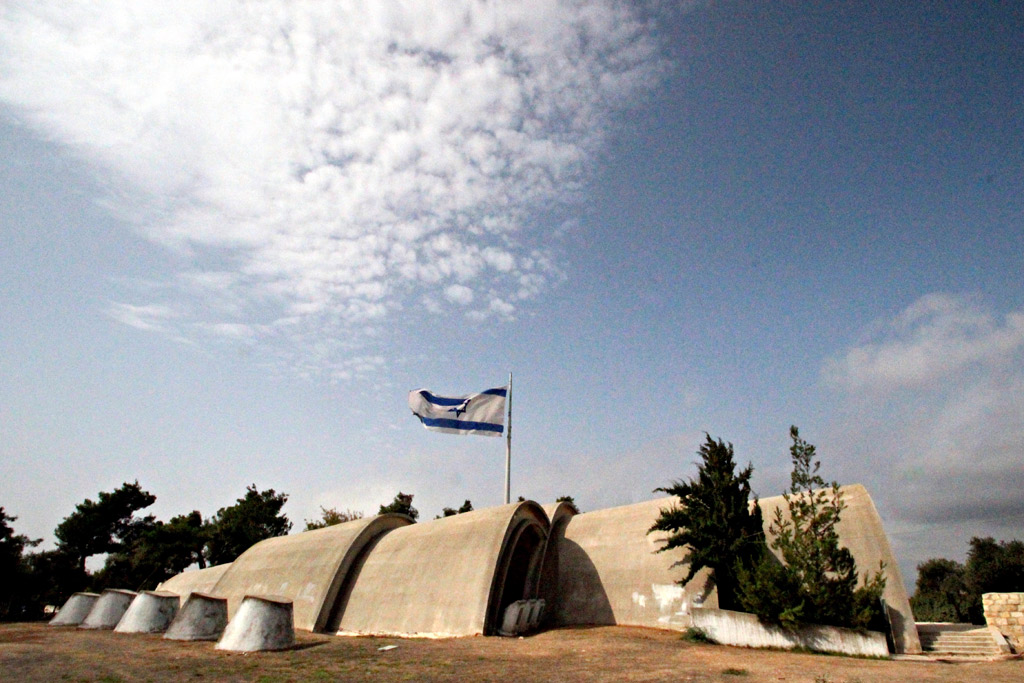 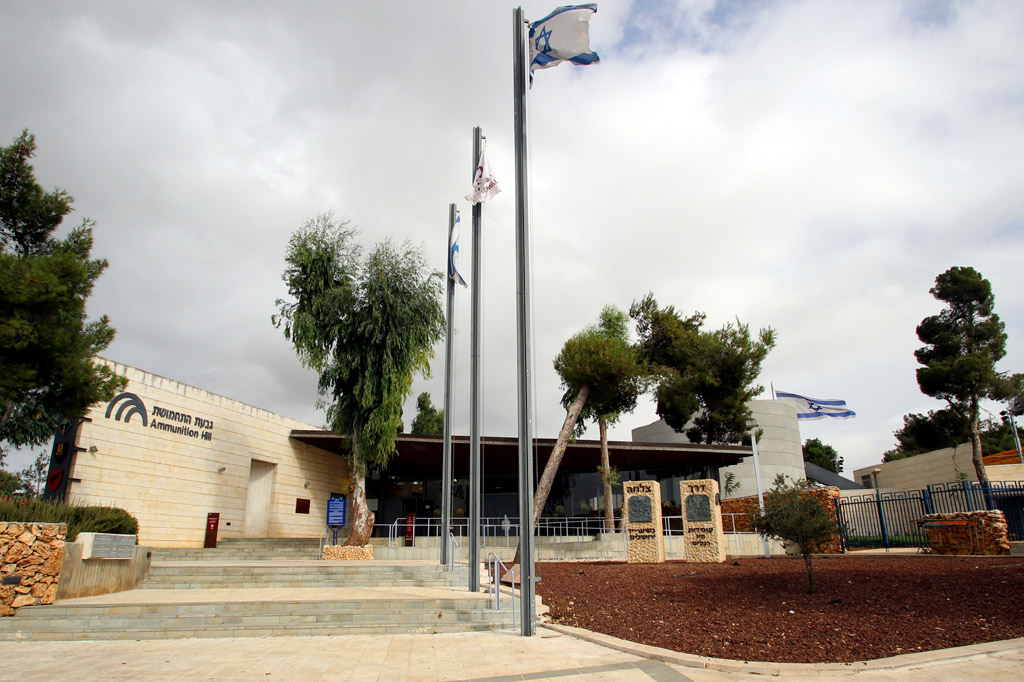 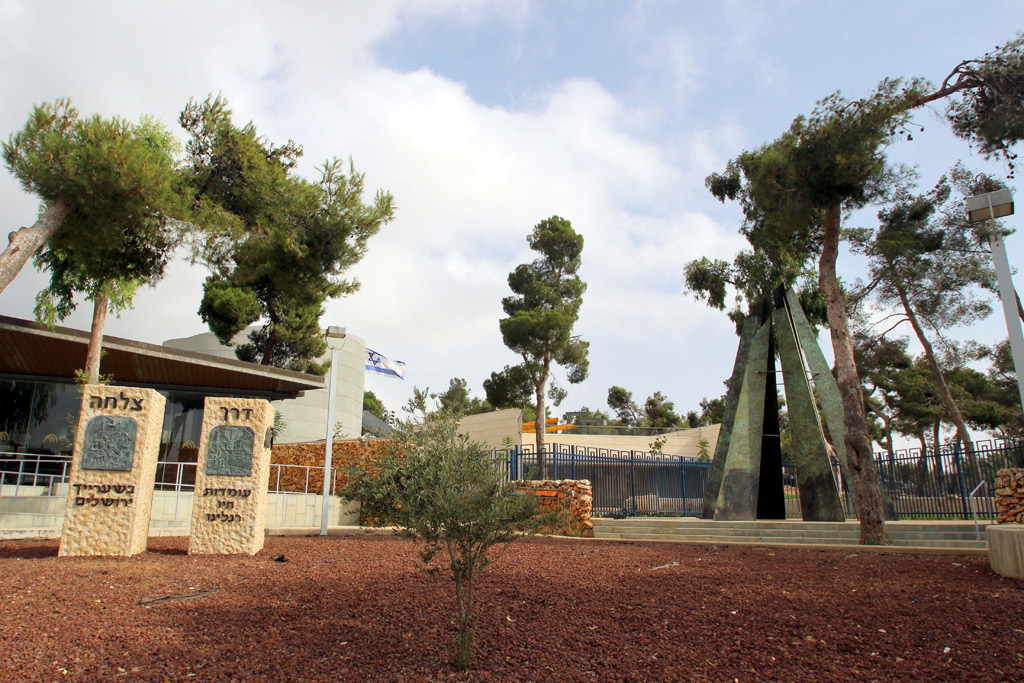 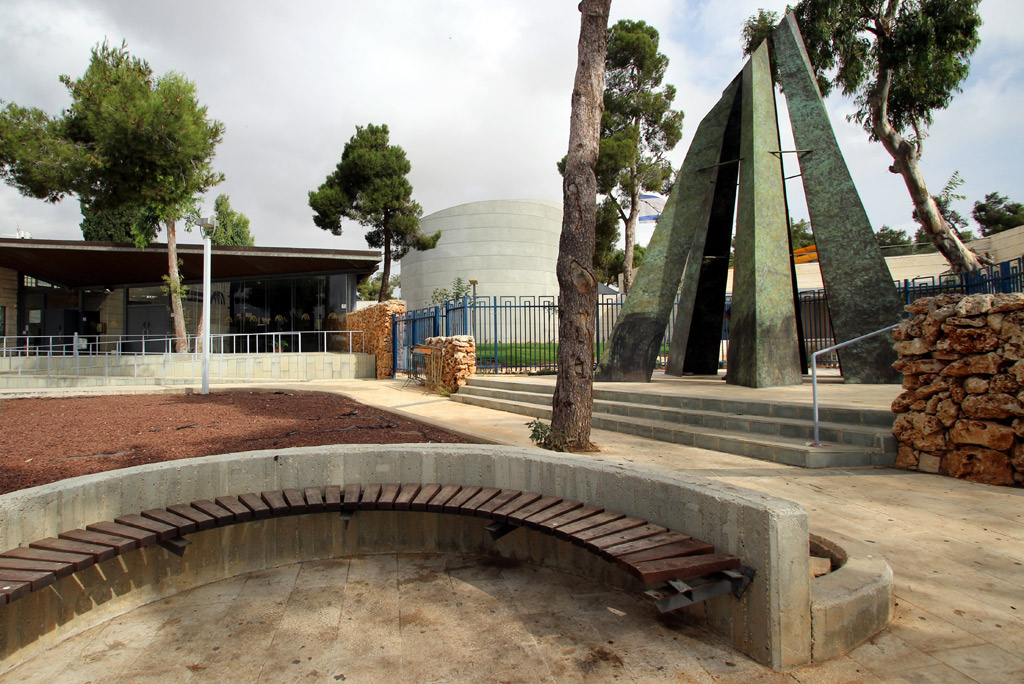 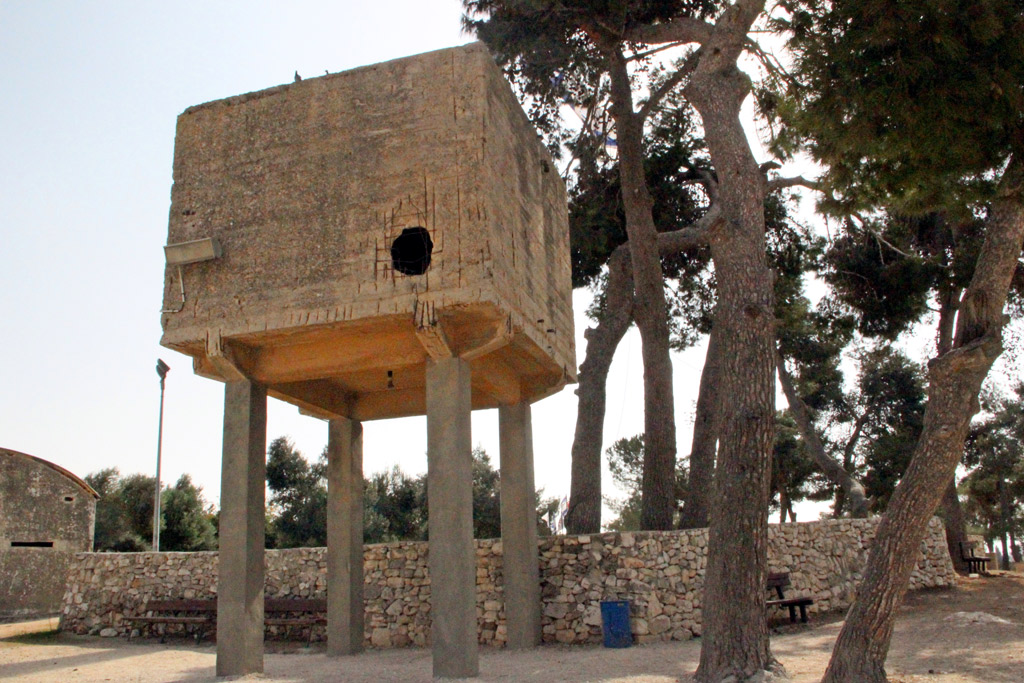 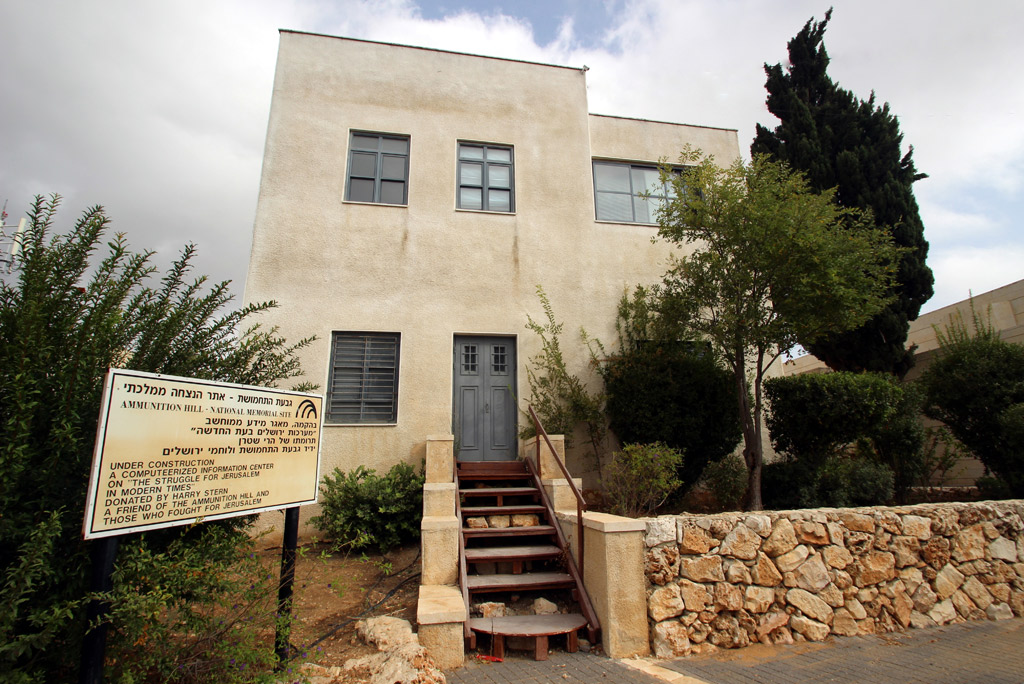 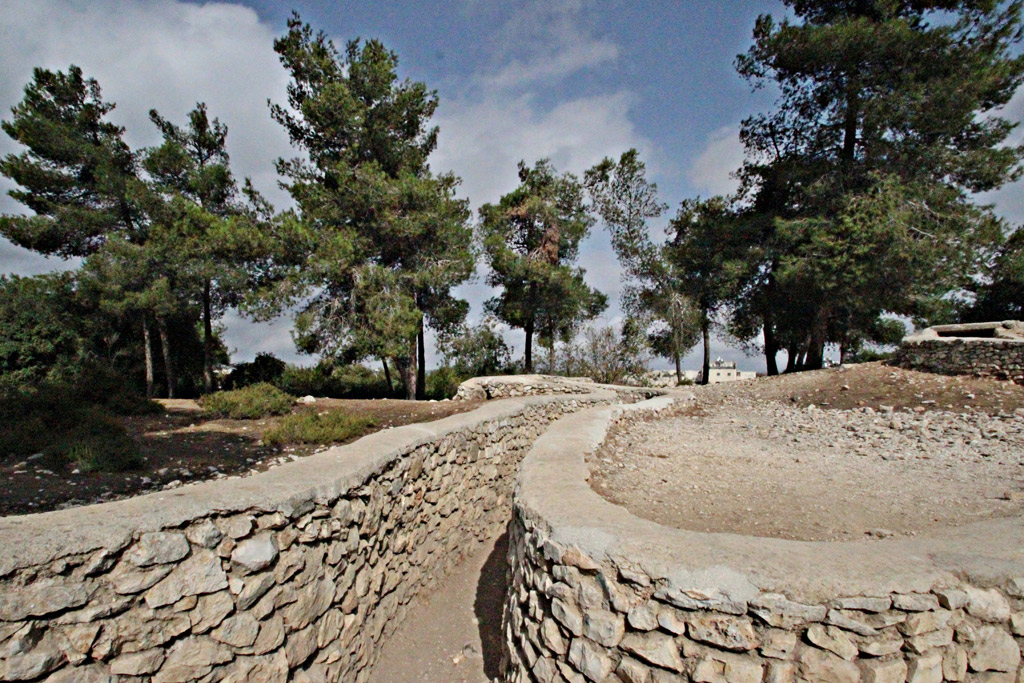 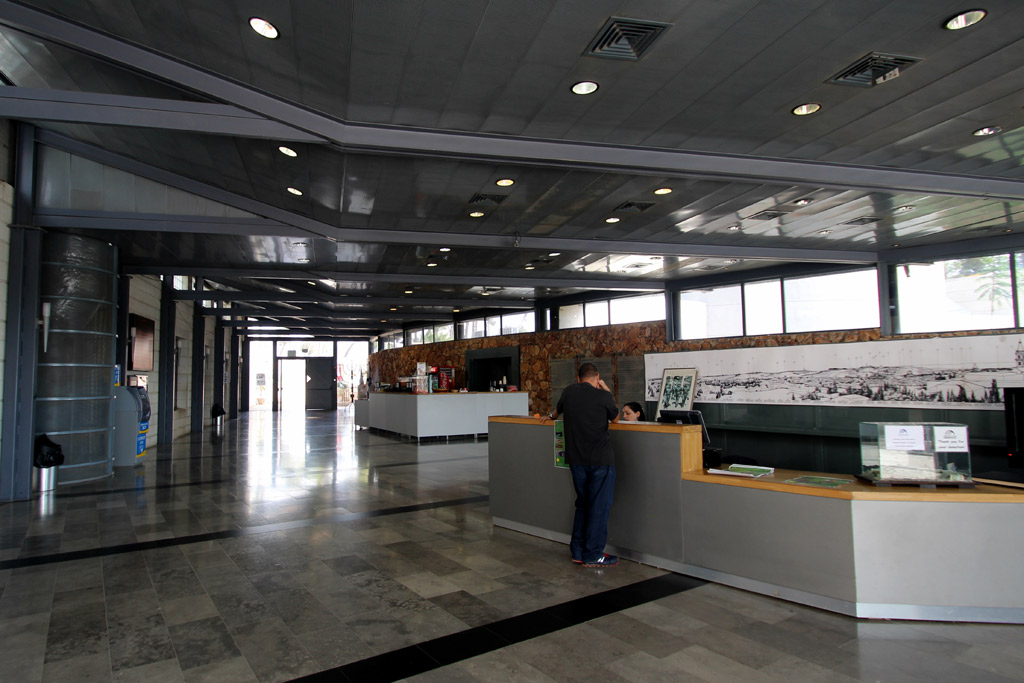 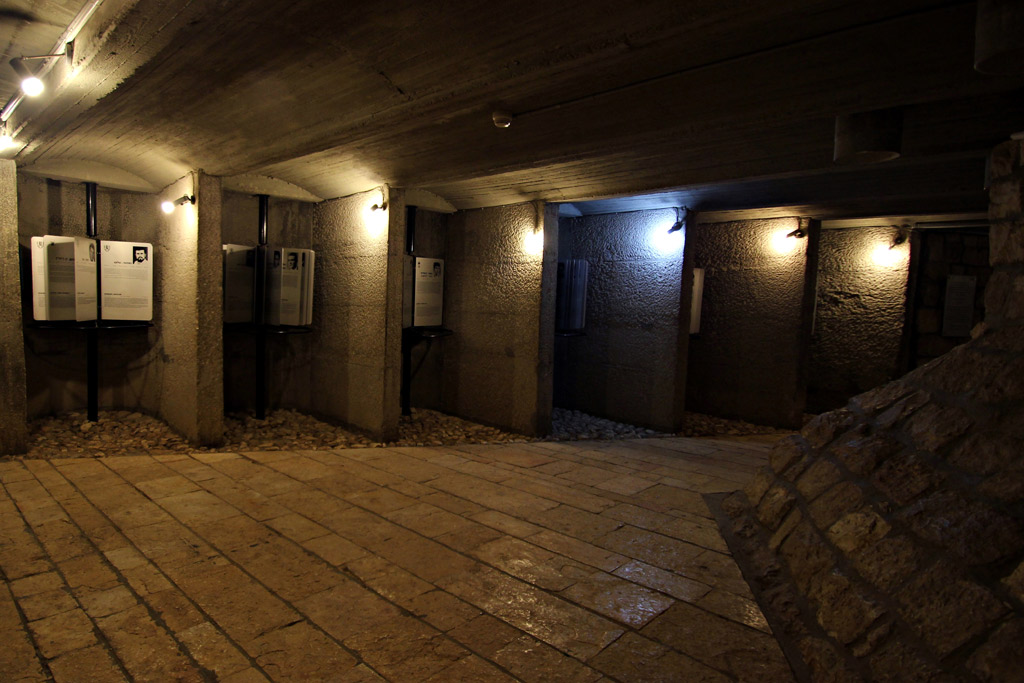 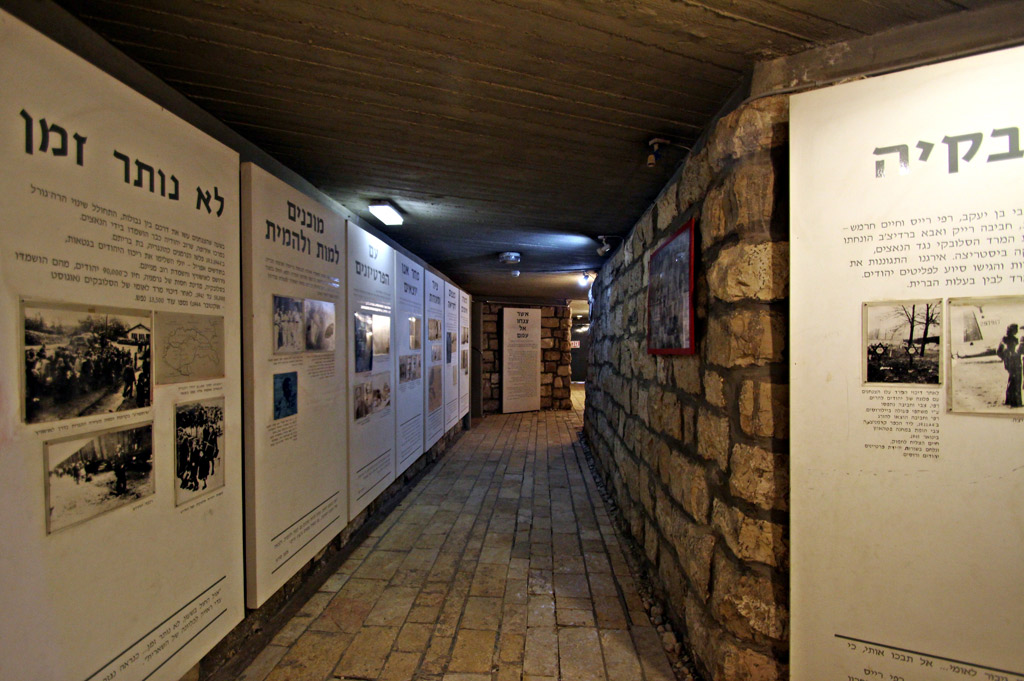 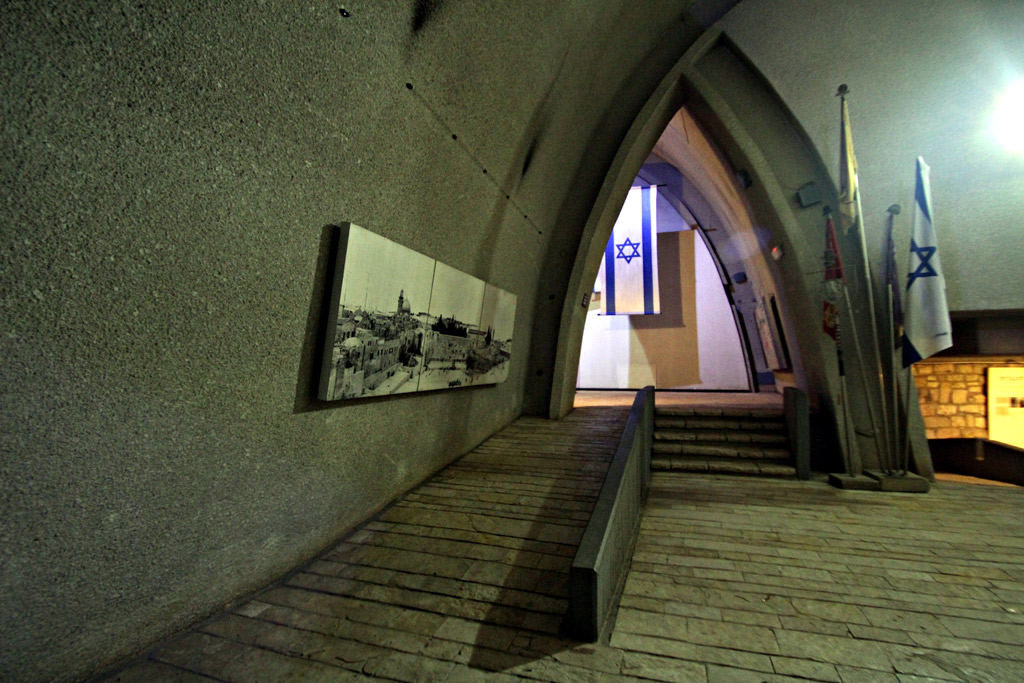 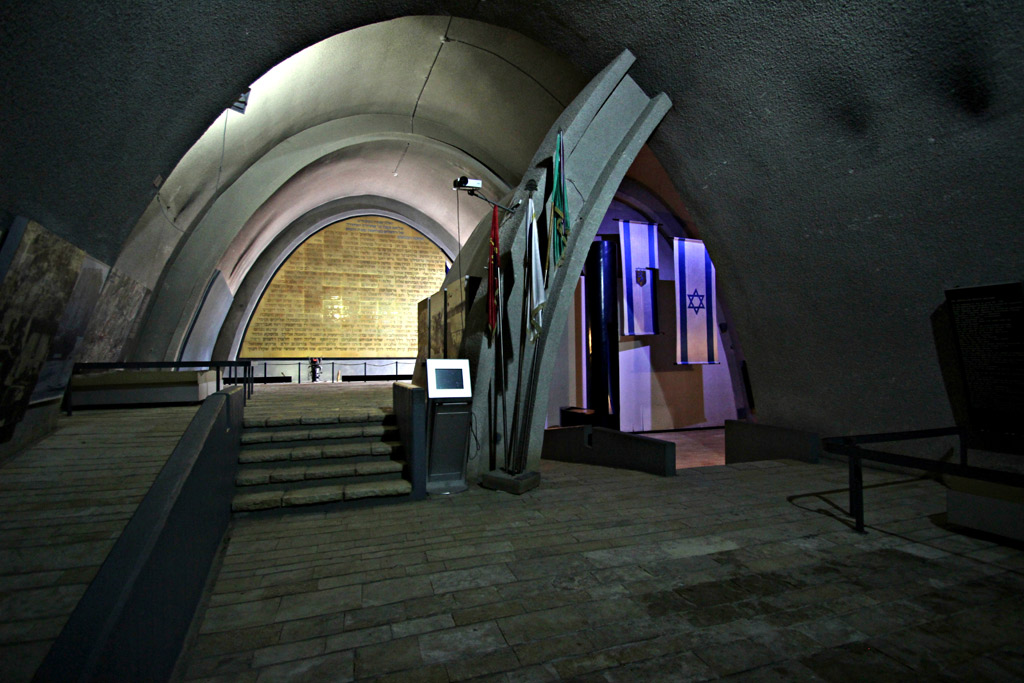 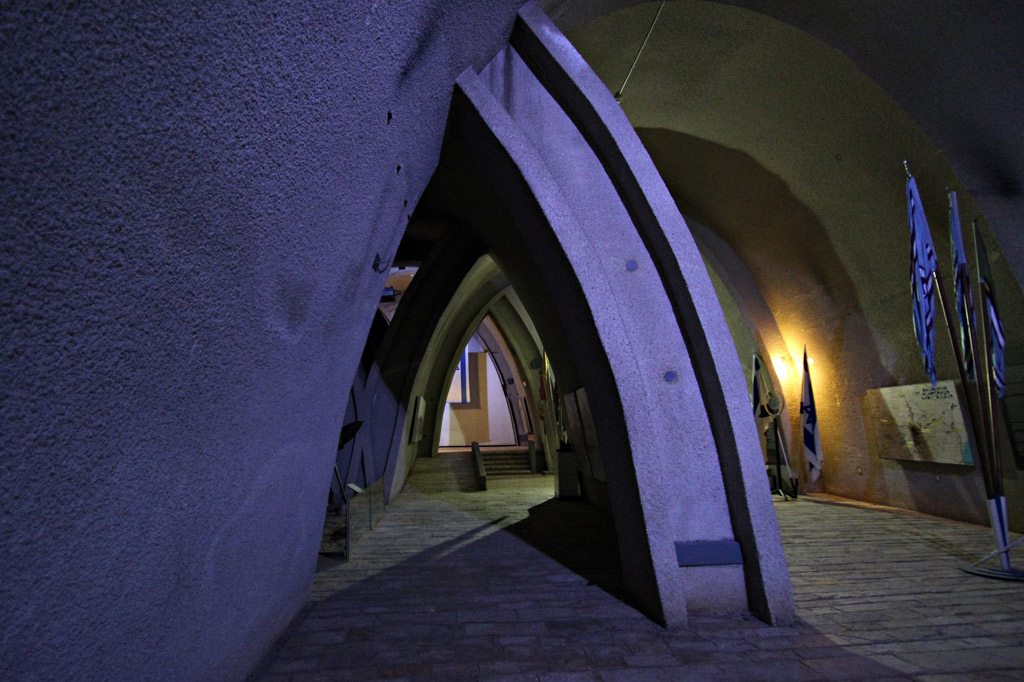 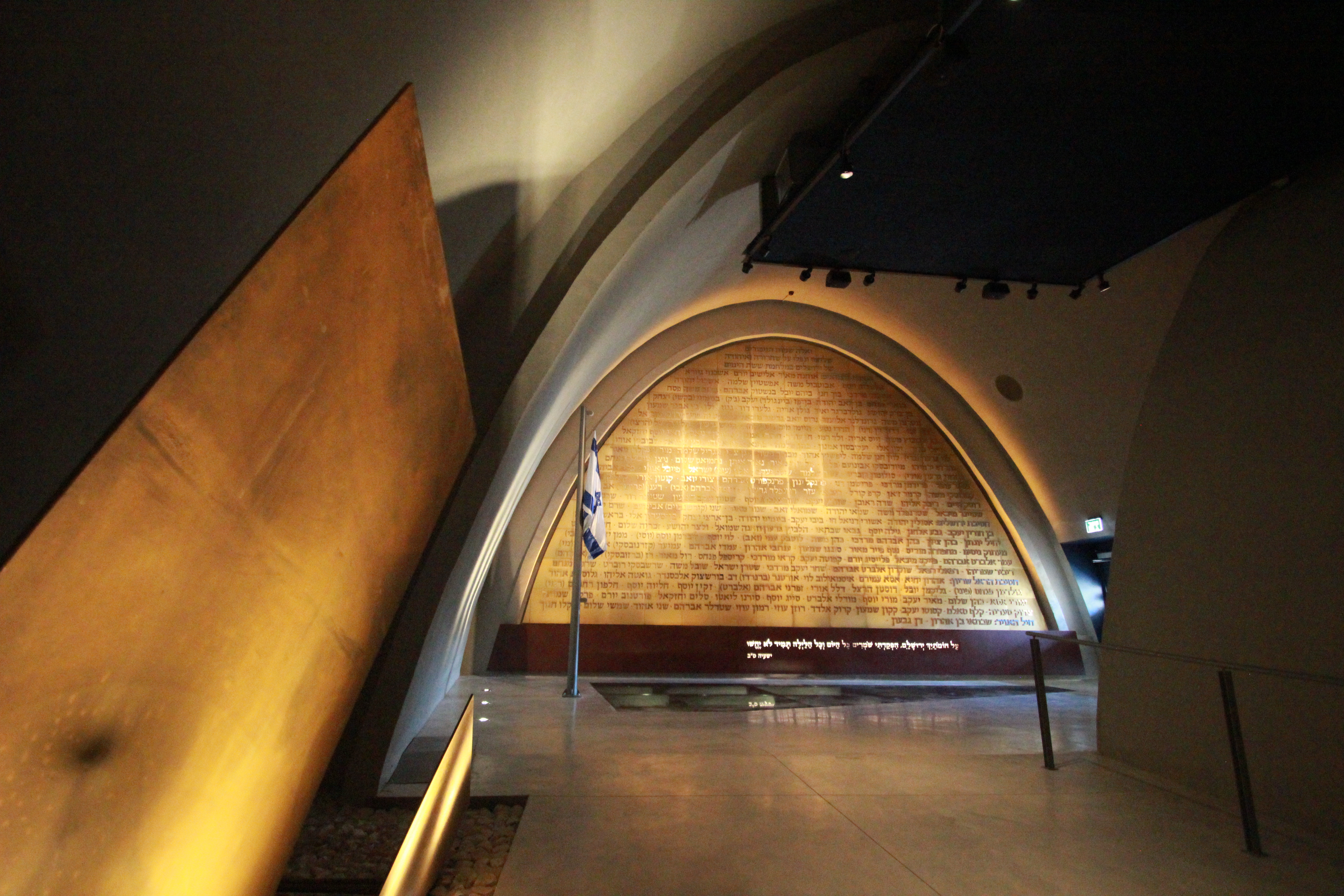 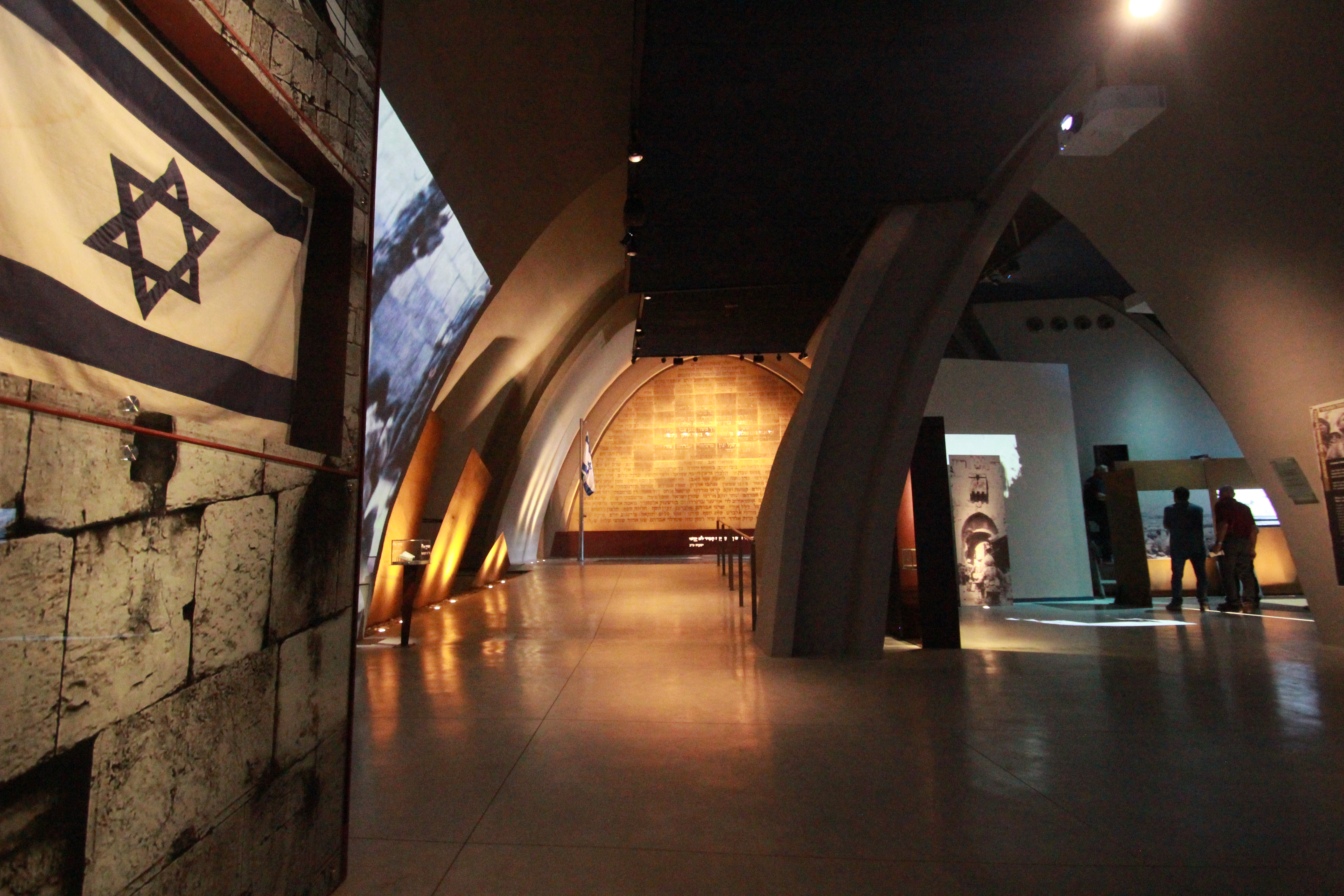 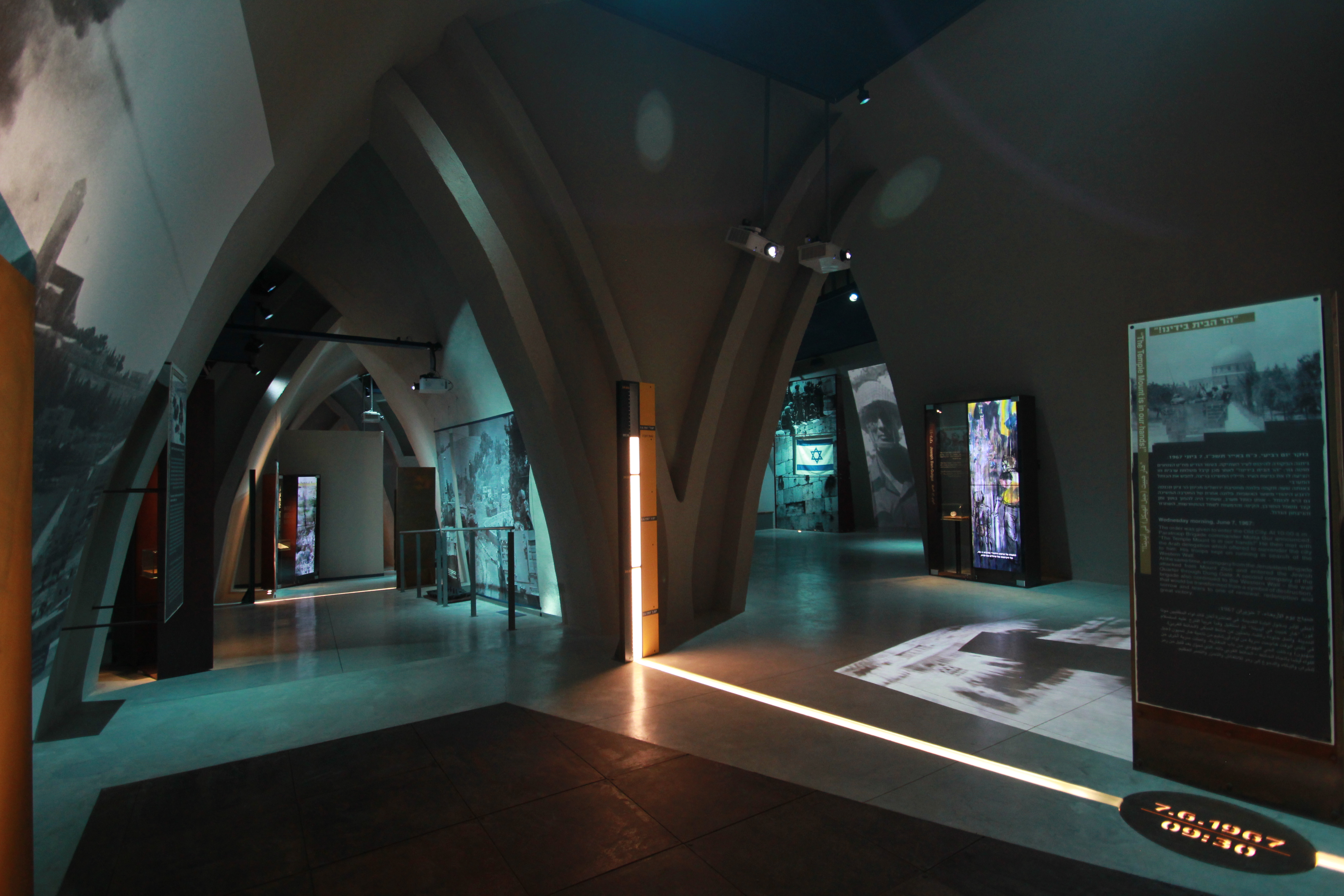 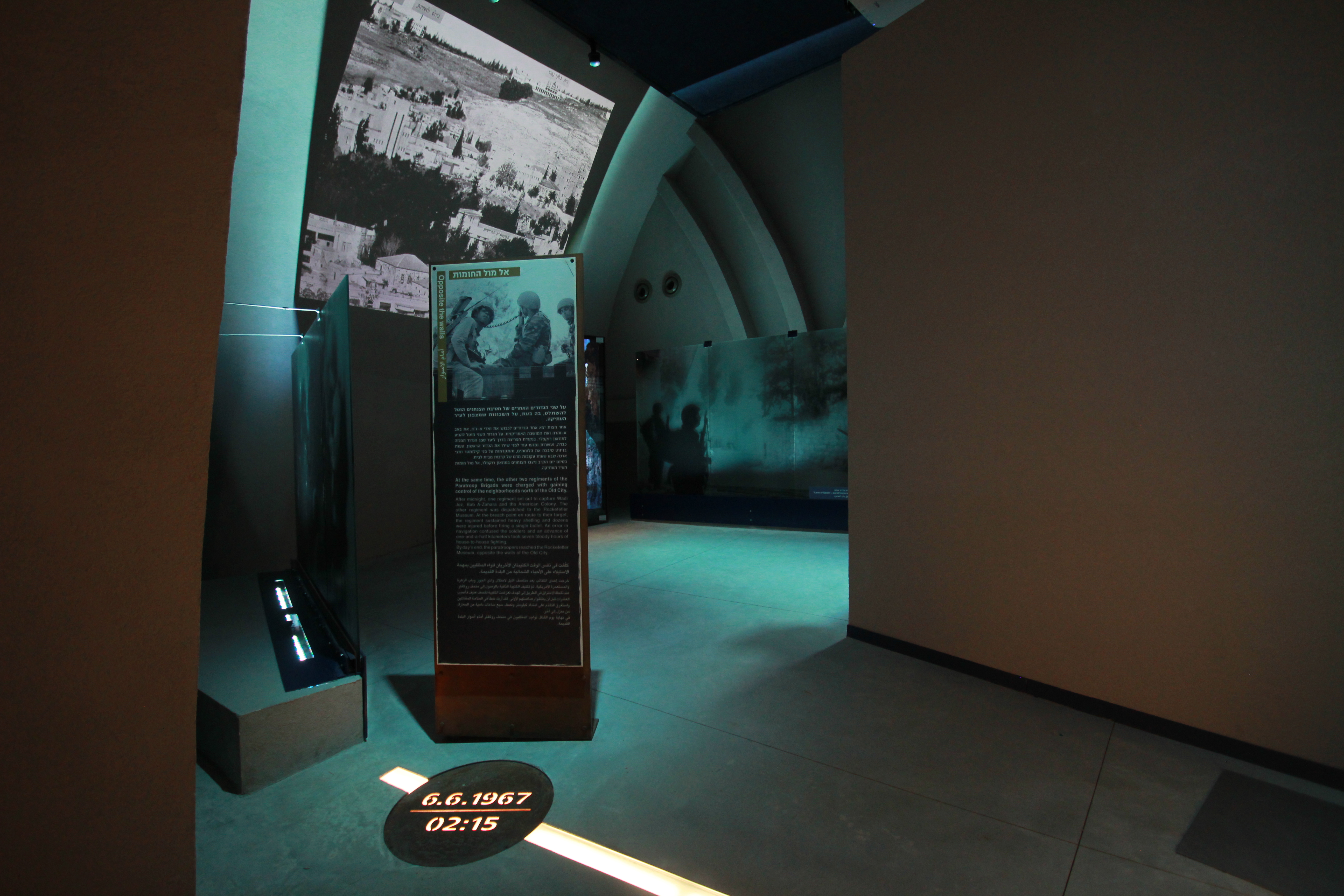 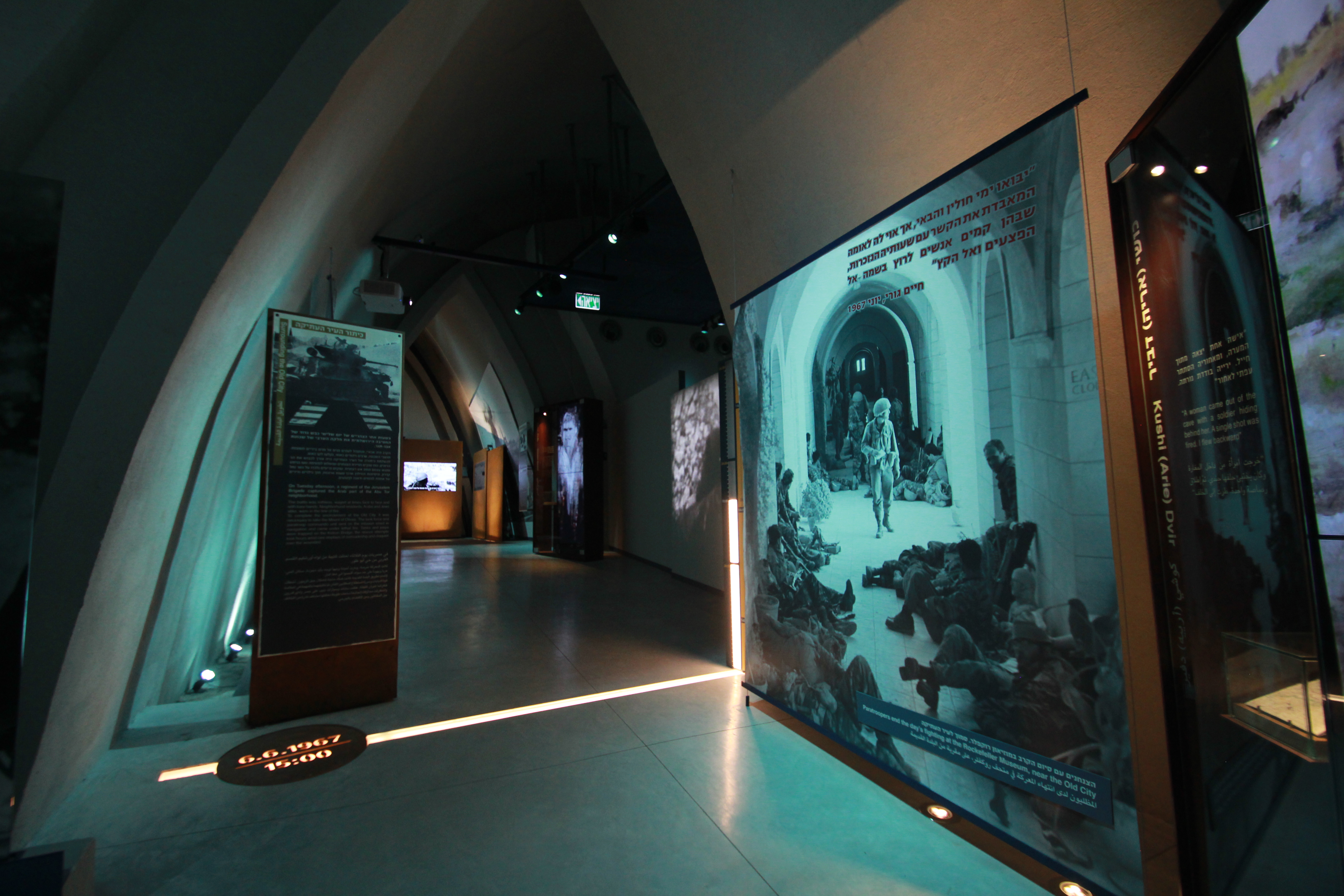 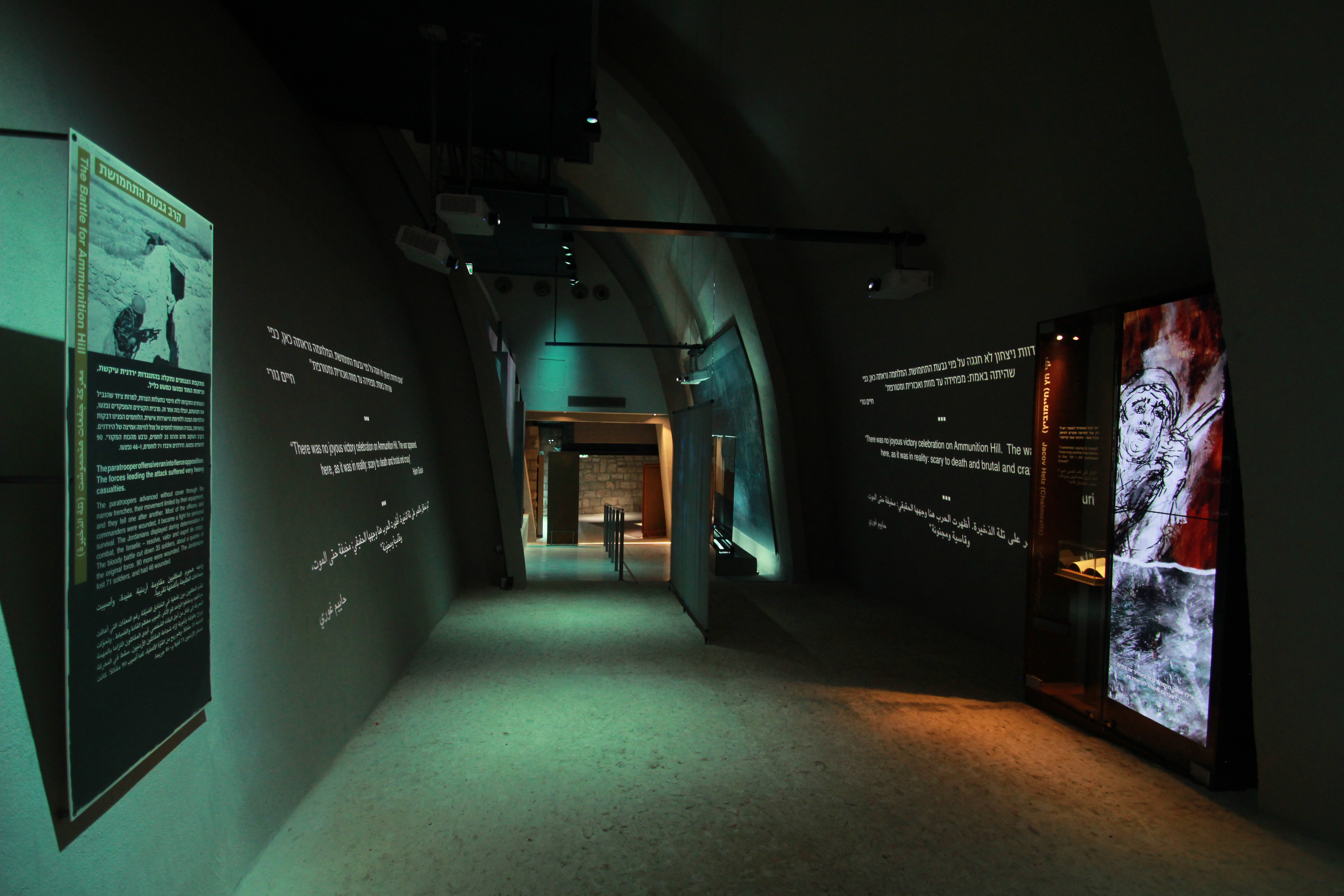 The Ammunition Hill outpost was set up by the Jordanians in order to control the road to Mount Scopus.
The initiative to set up the commemorative site at Ammunition Hill came from the parents of the fallen soldiers who requested that the outpost be preserved and that a memorial site be established there for their 182 loved ones who fell during the battle for Jerusalem during the Six Day War.
Initial design of the site began in 1968 by Architects Benjamin Idelson and Gershon Zippor, while design of the interior and displays was placed in the hands of Architect Rafi Blumenfeld and Designer Shmuel Grundman. The building was designed as a system of parabolic concrete arches fitted into one another [while] underground spaces were designed to simulate bunkers for the displays. The memorial site was dedicated in 1975.
Tafnit has been involved in the management of projects at the Ammunition Hill site since 1994.
First stage work included the entrance building, the ceremonial and events plazas and renovation of two existing buildings that were adapted for occupancy by offices, classrooms and changing exhibitions.
Leading to the date marking 15 years since the unification of Jerusalem, a decision was made to execute additional projects at the site: completion of the meditation hall, preservation of the battle site, including preservation of the historic buildings, renovation of the trenches and rehabilitation of the museum.
The new design of the museum presents the battle for Jerusalem and its unification, beginning from the shelling of the city by the Jordanian army, the battles inside and outside of Jerusalem through the entry of the paratroopers and soldiers of the Jerusalem Brigade on the Temple Mount, the Old City and the Western Wall.
Visitors begin the tour in the morning of the 5th of June 1967 and pass through a series of points along the time line [accompanied by] the personal stories of the fighters. Along the visitors route, clocks are exhibited that describe the progress of the forces at any given moment and development of the battle from the local and regional perspective.
At the end of the story of the battles, the visitor stands in front of a gold wall on which the names of the 182 fighters who fell during the battle for Jerusalem are inscribed.
In order to adapt the museum to the new display, complex renovations were required in order to remove structural elements that restricted the size of the interior space and complex excavations were required in the floor the museum in order to allow the passage of new infrastructure.
Client: