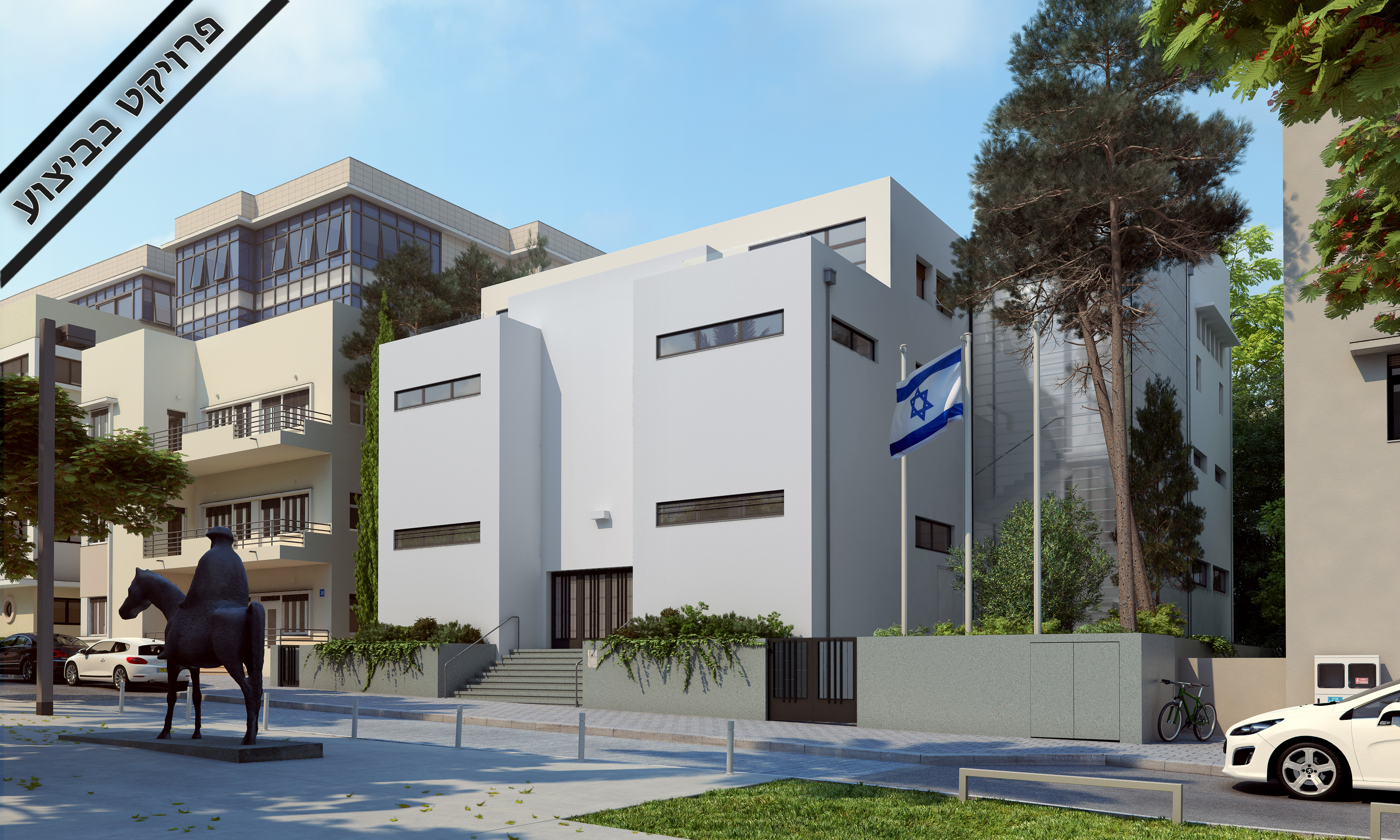 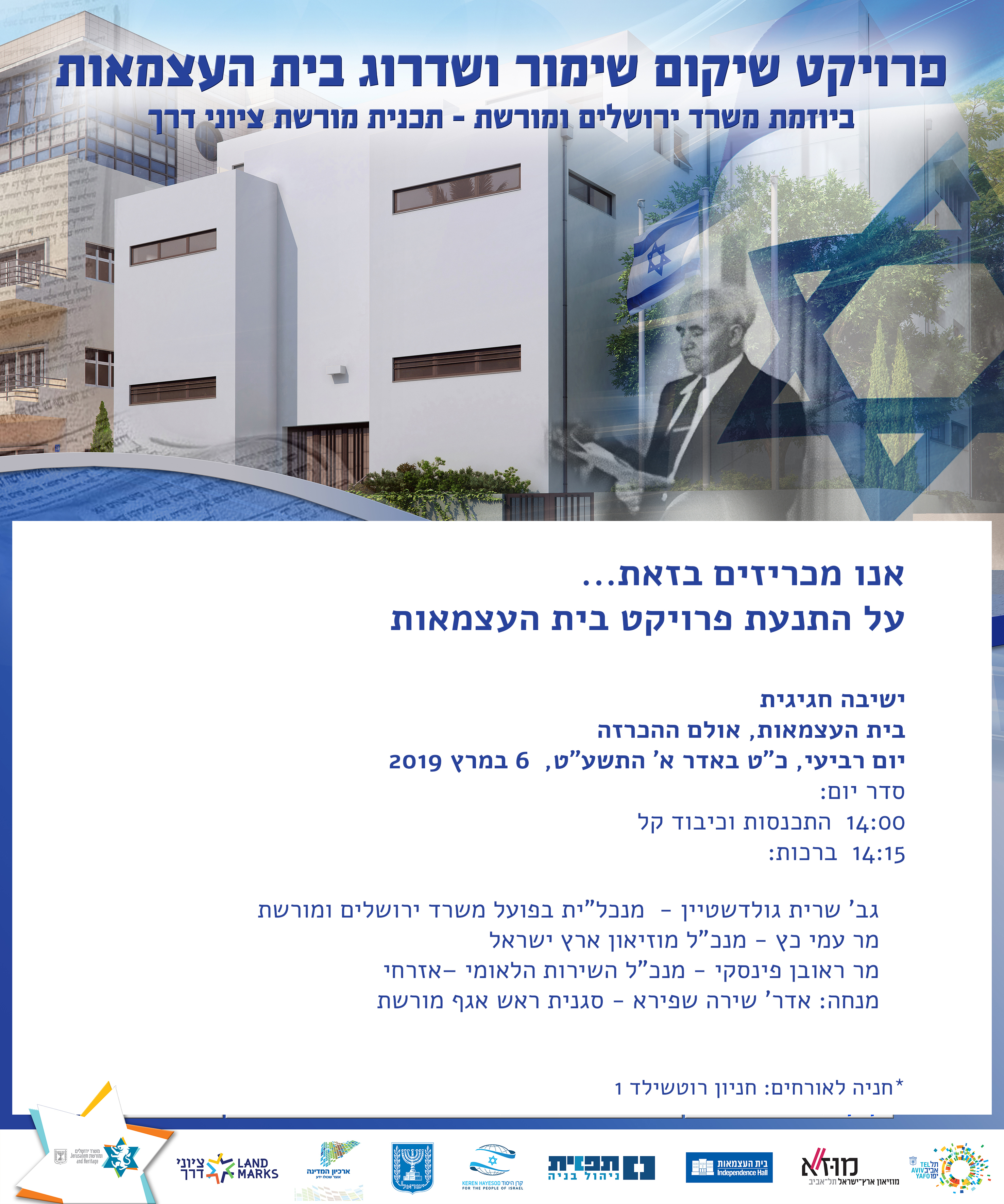 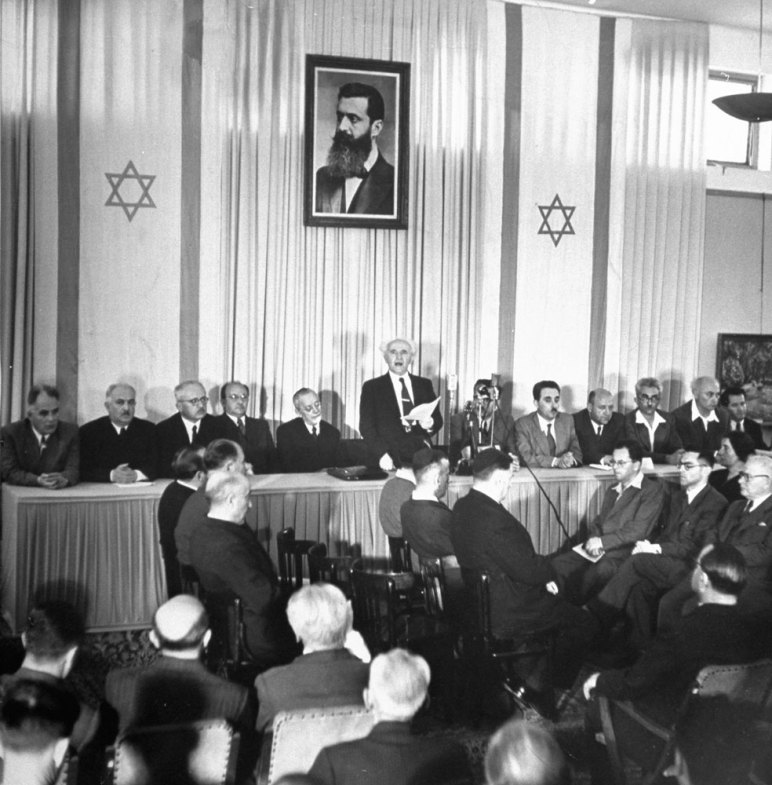 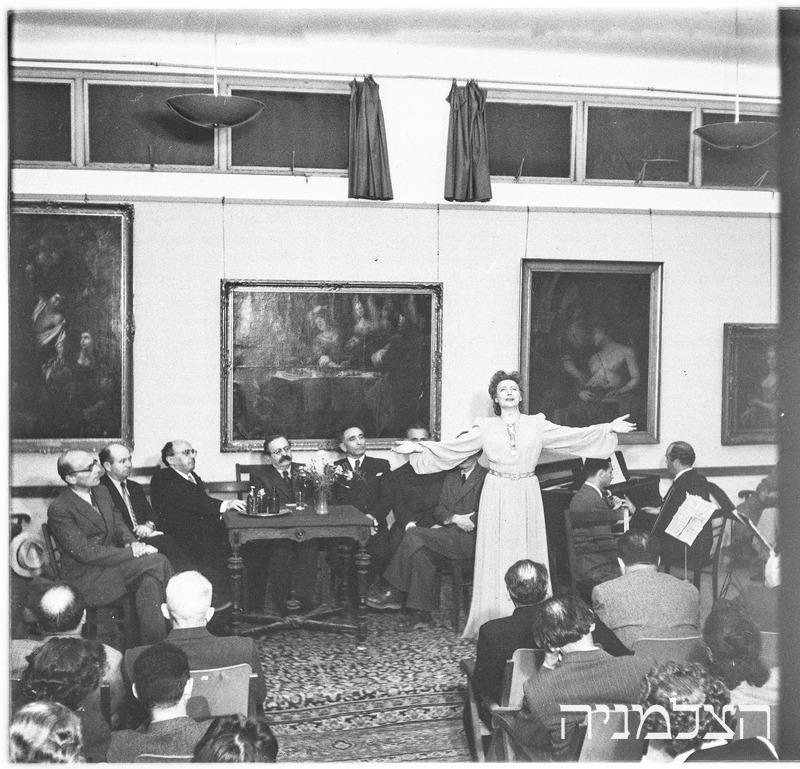 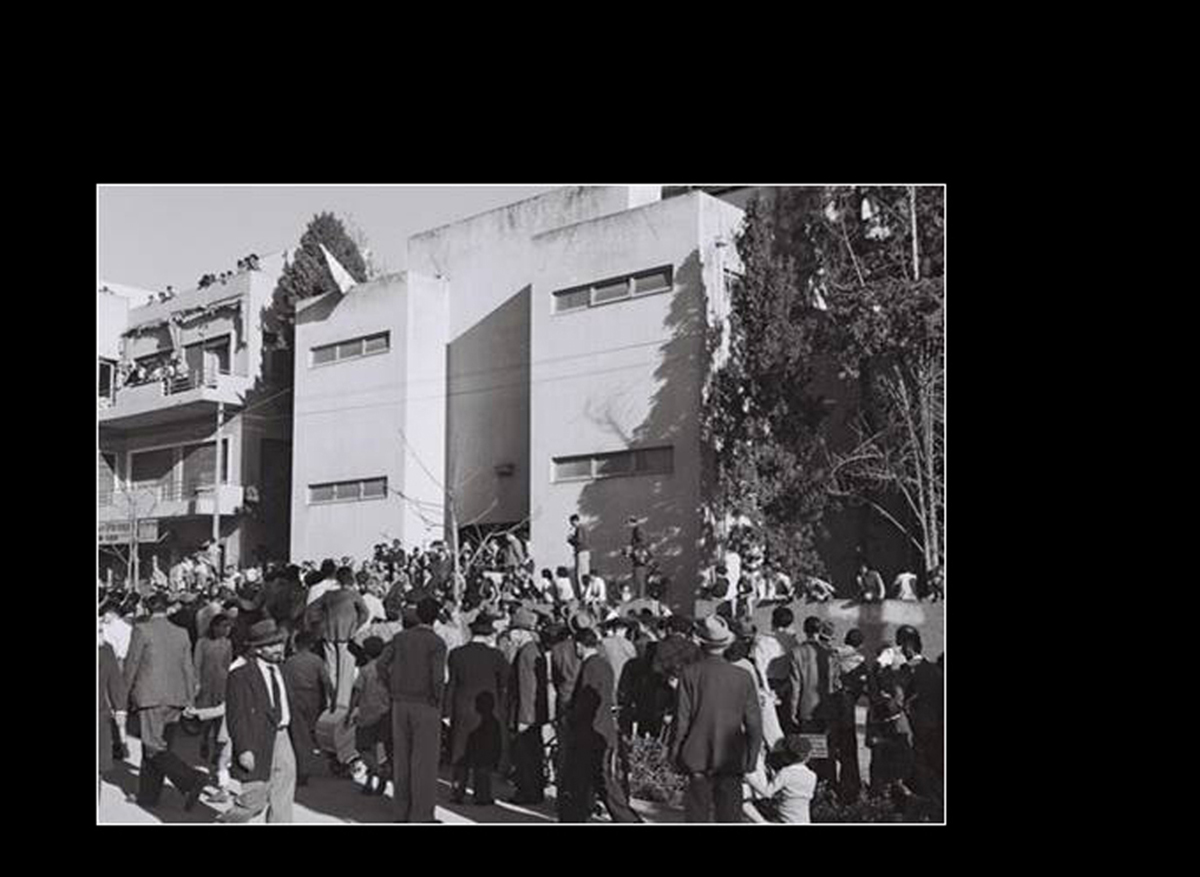 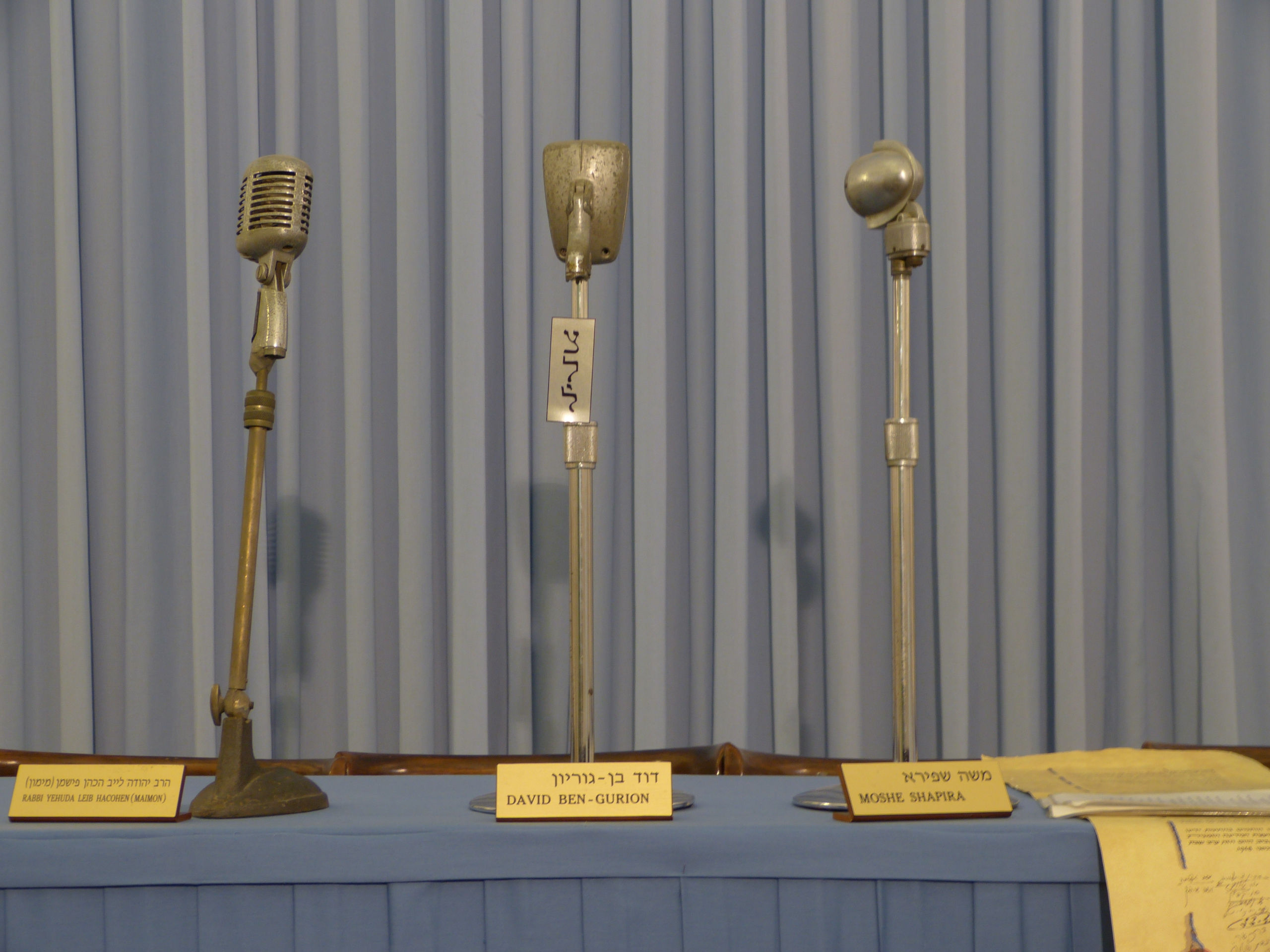 The Eretz Israel Museum in Tel Aviv was awarded a tender to operate and manage the Independence Hall Restoration Project, constituting the flagship project of the National Heritage Program of the Prime Minister’s Bureau. This program was set up for the purpose of rehabilitating, upgrading and fostering heritage assets and for ensuring that they would be preserved for future generations.
The building was constructed as part of the Ahuzat Bayit Neighborhood in 1909 and served as the private residence of [former Tel Aviv Mayor] Meir Dizengoff and [his wife] Zina. Over the years, the house underwent numerous stylistic changes, among them the Eclectic Style of the 1920s, the International Style the 1930s and the later International Style of the 1950s.
Over the years, Dizengoff donated parts of the building in order to enable the construction of the Tel Aviv Museum of Art. Following Dizengoff’s death, the building was dedicated entirely to this purpose.
From this building, which [now] serves as the Tel Aviv Museum of Art, David Ben-Gurion declared the establishment of the State of Israel on Friday, the 5th of Iyar 5708 (May 14, 1948).
In 2009, the Knesset passed the Independence Hall Law that states inter alia:
“The purpose of this law is to restore and preserve the building in which Israel’s Declaration of Independence was announced on the 5th day of Iyar 5708, 14 May 1948 (hereinafter: Beit Haatzmaut), as it is of national and historical importance to the history of the people and the State, and to found in it, for the benefit of the public, a museum dedicated to the history of the Jewish people in the Land of Israel … the Independence Hall site is located on 16 Rothschild Blvd. in Tel Aviv-Yafo in the building which the independence of Israel was declared”
For purposes of implementing the project, a zoning plan was submitted under local authority, based on which a basement could be added to the building and adaptations made to the façades.
The original building area dedicated to preservation (above ground) [has a floor area of] 1200 m².
Changes in aboveground floor areas are minor and include, primarily, the removal of components that were not part of the building during the declaration of the State and the addition of a staircase and elevator shaft.
New underground basements were also built.
In order to build these basements, temporary support was needed for the existing frame in a manner that would enable their excavation under the existing building and to set it on a new structural foundation. Complex preservation works and finish and utility works were also executed in order to build halls and display areas.
The building constitutes a significant landmark in the establishment of the City of Tel Aviv and the State of Israel and, upon completion of the project, will become one of the most important heritage sites in Israel.
Client:

Services Provided in this Project
Client: